Is it necessary that central banks issue their own digital currency?

The continuously declining importance of cash as a central payment method – especially for teenagers and young adults – and the rising prevalence of cryptocurrencies are leading to a change in attitudes toward digital transactions and payment methods within society. To date, cryptocurrencies have been issued almost exclusively by private entities. Currently, however, there is also growing interest from individual countries and central banks to be a significant part of this development. Thus, the question arises whether it is necessary that central banks also recognize the technological progress and issue their own digital currencies. This post will look at the potential of digital currencies and whether central banks should follow the trend or what the consequences will be if they do not.

The public debate around digital currencies is not only about technological progress, but is also increasingly shaped by political interests. Cryptocurrencies, which are usually set up by private entities and are not (or can only be) regulated to a limited extent, have shown that digital transactions are no longer tied to the classic banking system. Digital currencies can in principle be created by anyone with the relevant skills and the necessary resources. This also opens up new opportunities for companies and other organizations. Token solutions in particular are worth highlighting at this point, even if they are not explicitly considered in the further course of this post. The best-known cryptocurrencies can be understood as a kind of driver in the development of digital currencies, as they were the first contact with such technology for many people and drew attention to the topic. However, in order for them to no longer be considered a purely financial product and speculative asset, but to be widely recognized and used as a means of payment, a certain stability of value is necessary.¹

One approach to enabling digital currencies that function as a means of payment is so-called Central Bank Digital Currencies (CBDCs). This would involve central banks issuing a digital currency that is either made available centrally via the central bank itself or – similar to what is currently the case with fiat money – is accessible to individuals via an extensive network of banks. However, the arguments in favor of such a currency often relate to problems that would not only be solvable via CBDCs, but could also be avoided via other changes. Perhaps the most significant motive for such a central bank currency is increased competition among various institutions and organizations competing for customers’ wealth with their financial and investment products. Engert & Fung (2017) considered different incentives for CBDCs and concluded that while CBDCs are an interesting tool, they are not essential to overcome the challenges of the financial system. It should be noted, however, that their argument is based on a form of CBDC that is as close to cash as possible, and that this could have far-reaching limitations in terms of meaningfulness with respect to the overarching theme.²

When looking at CBDCs without bias, the technical possibilities for such a currency seem endless. A wide variety of constructs exist as to how the requirements for a public currency could be met. A CBDC could, for example, represent the transition to a cashless economy by replacing cash as a new, central means of payment. Likewise, it could change the way individuals store their monetary assets. Unlike physical cash, a digital currency need not be tied to face value. Instead, such a currency could reflect real value or even yield interest payments. The increased stability that could result from the introduction of a CBDC also favors the behavior and decisions of individuals and organizations, as the prevailing uncertainty would be reduced. However, the new opportunities that would arise for central banks and their monetary policies may not even be the driving force behind the decision to initiate such a development. Bordo & Levin (2017) argue that a passive approach or inaction by the relevant institutions could be associated with significant risks: Should cash indeed become obsolete, central banks may suffer a loss of control unless they have made provisions to close the corresponding gap in the payment methods space.³

Regardless of whether the introduction of a digital currency by central banks would be a positive development or not, it must be emphasized that this would be a long-term process. Developing and implementing a corresponding system involves significant resources and would be time-consuming, so a change would not be expected in the near future. One advantage, however, could be that CBDCs could build on existing infrastructure by allowing consumers to use existing mobile devices as hardware. This would also potentially reduce inhibitions, as many people already use their smartphone as a payment medium and the new form of payment would not be completely unknown. Whether such a currency would be accepted and used by users would certainly depend on the possible uses. As described above, there are a variety of different ways in which such a currency could be constructed and what characteristics it could have. It is likely that widespread acceptance within society will only exist if its use would bring explicit benefits. Otherwise, it would be more convenient to continue using the existing alternatives.

CBDCs would be a way for individuals to have direct access to central bank money. So far, this is only possible for selected banks and such a change could be a positive development for individuals as well as businesses and other organizations. So far, these still rely on banks as service providers to process digital transactions. If these intermediary entities were no longer integrated into the payment process, this could possibly lead to significantly lower transaction costs and also simplify the payment process. One challenge, however, would be deciding the extent to which CBDCs retain the anonymity of cash payments. It is conceivable that the approach of a fully anonymous digital payment method could also be seen as an incentive to process illegal transactions. Accordingly, it can be assumed that central banks are more likely not to take this route should they actually develop digital currencies. From the central banks’ point of view, the attractiveness of such a currency probably lies more in the fact that it would continue to ensure monetary governance in a technologically evolving society. If they were to fail to consider the trend of cryptocurrencies and other digital currencies as part of their own activities now, they may find that they can only tap into the area through extensive regulation, thereby undermining existing innovation.

On the one hand, the creation of a digital currency by central banks allows them to integrate new technical and innovative approaches into the financial system and, on the other hand, could be seen as a kind of hedge. Various cryptocurrencies have already proven in recent years that the technological requirements for digital currencies are in place. Central banks now have the responsibility to find an appropriate solution on how to best use the available technology within their own activities, otherwise they risk losing control. The introduction of CBDCs could also have positive implications for individuals and organizations if it can reduce transaction costs or simplify payment processing. Whether it is imperative that central banks launch digital currencies cannot be answered unequivocally, but it can be assumed that they will do so at some point. 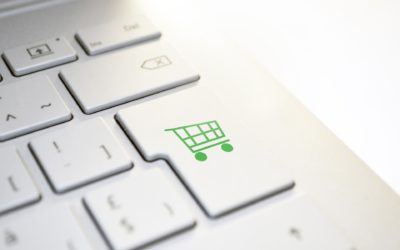 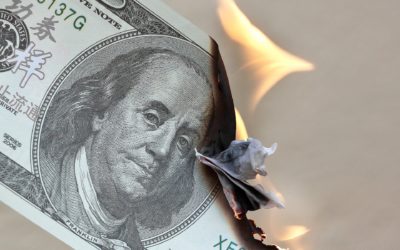 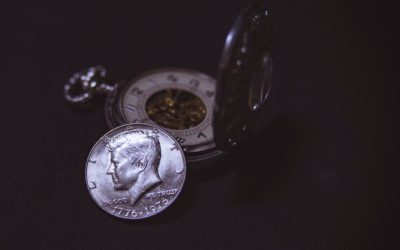