There is still a long way to go from the time when a specific goal is set to the time when a goal is actually achieved. Time and time again, it can be observed that individuals do not or only partially achieve the goals they are pursuing, although they would undeniably be capable of doing so. The willingness to invest in goal achievement obviously varies depending on the individual and the situation. One possible reason for not making the necessary efforts could be goal commitment. Various factors influence whether or not someone feels committed to a goal, and it can be assumed that performance also depends on this circumstance. Thus, the question arises to what extent individual goal commitment affects one’ s actual performance. This post will look at why goal commitment is important for goal achievement, at what point individuals feel committed to a goal, and how goal commitment plays out in group scenarios.

A high level of goal commitment goes hand in hand with a greater determination to ultimately achieve the goals pursued. Individuals are therefore willing to invest more resources in achieving their goals. At the same time, the willingness to subsequently adjust goals downward or abandon them completely decreases. Even though commitment and acceptance are often used as synonyms in the context of goal setting, it is useful to distinguish between the two terms. Acceptance of a goal can be viewed as a distinct part of goal commitment, since individuals will only commit to a goal if they accept it. Thus, goal acceptance is an important first step in determining when people feel committed to a goal. Hollenbeck & Klein (1987) argue in their influential work that two major factors contribute to the strength of goal commitment: the attractiveness of goal attainment and the expectation of whether a goal is attainable. Both factors are composed of situational as well as personal components. With regard to attractiveness, these are, for example, rewards (situational) or a need for achievement (personal). In turn, one’s own expectation of whether a goal can be achieved could be influenced, for example, by the support of colleagues or superiors (situational) or the assessment of one’s own abilities (personal).¹

Regardless of the factors mentioned above, however, it cannot be assumed, especially in the case of prescribed goals, that they will always be accepted. A lack of acceptance makes it almost impossible for individuals to develop a certain level of goal commitment. In practice, this is problematic since a high level of goal commitment can have a positive effect on performance outcomes. If variability in the strength of goal commitment is possible, it is moderated by external, internal, and interactive factors. For an overview of conceivable influencing factors, see, for example, the work of Locke, Latham, and Erez (1988).² When considering groups, participation, which falls under the interactive factors, seems to be of primary importance. While goal setting in groups is similar in process to individual goal setting, it can be assumed that goal setting at the group level is somewhat more complex. This is essentially because group dynamics also affect the goal-setting process. This can be observed particularly in groups that are characterized by strong cohesion. These groups generally set more ambitious goals, feel more committed to the goals due to their environment in the group, and usually achieve a higher level of performance than other groups that are not characterized by strong cohesion. However, it should also be emphasized at this point that goals do not necessarily have to be performance-based.³

If individuals set their own goals, it can be assumed that they will already take into account the attractiveness and likelihood of achieving the goal during this process. In the case of externally set goals, on the other hand, it is conceivable that deviations may occur for a variety of reasons. In this context in particular, it therefore seems sensible for specific goals to be formulated with the participation of all those involved. More and more organizations are relying on small, flexible teams that work together on various projects and thus also pursue common goals. If the individual members of these groups have a high level of goal commitment, it is likely that they will achieve a high-performance result. It is possible that under these conditions, teams are more likely to perform to their full potential. In a situation where the overall outcome of a team is being assessed, it is likely that individual members will support and motivate each other to ultimately achieve the specific goal. On an individual level, however, it might make sense to speak out against an externally imposed goal. For example, if a supervisor has unrealistic goals, he or she will most likely encounter resistance from the employees. However, if everyone involved is given the opportunity to participate in the goal-setting process, acceptance of a goal and the commitment are likely to be stronger.

Our everyday life takes place in a dynamic environment and individuals have to make decisions under uncertainty all the time. In both private and professional situations, there will always be unexpected difficulties that individuals have to deal with. The fact that a high level of goal commitment means that individuals do not abandon their goal when new challenges arise suggests that a high level of goal commitment is particularly important when goal attainment is most important. Both individuals and organizations should therefore invest in an environment that fosters goal commitment when they know that a high-performance outcome is necessary. In such a situation, increased amounts of effort are tolerated in order to achieve the goal to which one is committed. At this point, however, it should be mentioned that the strength of goal commitment has no significance whatsoever with regard to the meaningfulness of a goal. Particularly at the individual level, it can be assumed that useless goals will be formulated time and time again, whereas in organizations the probability of this happening is probably lower, since more people are involved in the process, and it can be assumed that individual employees would express their doubts about the meaningfulness of the prescribed goals in one way or another.

The mere existence of goals is hardly sufficient on its own to ensure that they are actually achieved. Only if individuals accept the goals and feel committed to them can the maximum performance outcome be achieved. A high level of goal commitment means that individuals will not revise goals downward at a later point in time or abandon them altogether. Instead, they will make extra efforts to cope with unexpected difficulties and achieve the level of performance they established in advance. This persistence is desirable for both individuals and organizations. Although the goal-setting process is similar in groups, the greater complexity and divergent requirements should still be considered. Strong cohesion in a group can positively influence goal commitment and thus performance. However, in order to make the most of this, those involved should have the opportunity to participate in the goal-setting process and to contribute their own wishes and/or concerns. 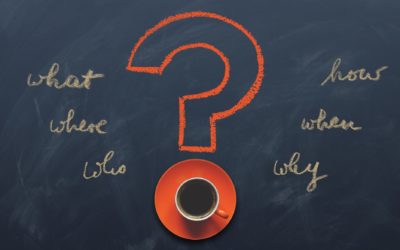 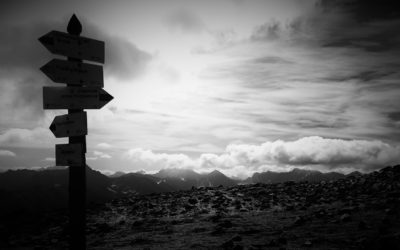